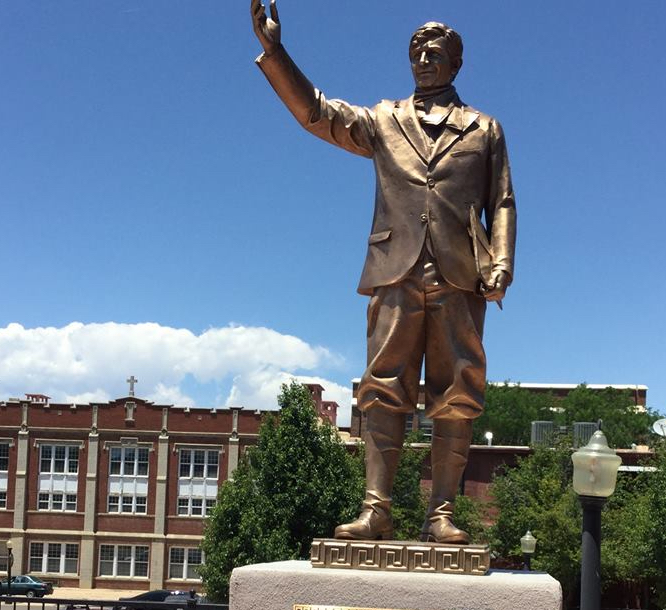 Colorado union activists, elected officials and Greek Americans recently dedicated an original bronze statue of Louis Tikas, a Greek immigrant and labor leader who was killed in one of the bloodiest incidents in American labor history, the Ludlow Massacre. The statue, commissioned by the Foundation of Hellenism in America and provided by Mazzolini Artcraft and Art Studio Demetz, was dedicated during the 104th Ludlow Massacre memorial, June 23, 2018 in Trinidad, Colorado. 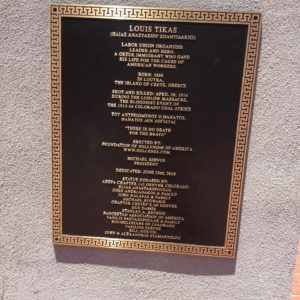 “Louis Tikas plays an important role in our community’s local history for his contribution to the 1913-14 strike,” said Yolanda Romero, an event organizer, according to FightBackNews.org.

An immigrant from Greece, Tikas was murdered in 1914 during a strike by 13,000 miners. Tikas was responsible for the striking miners’ camp, including women and children, after they were expelled from coal company housing. An eyewitness, a sergeant, said Lieutenant Karl Linderfelt broke a rifle butt over Tikas’ head and ordered him shot during the raid on the miners’ camp. Tikas was later found dead, with two others, shot in the back.

For detailed accounts of the Ludlow Massacre and Tikas’ role, read this 2009 New Yorker article and watch this award-winning 2014 documentary.

More photos of the Tikas statue are available here. It’s one of several statues of prominent Greeks and Greek Americans that Mazzolini and Demetz have designed and created.