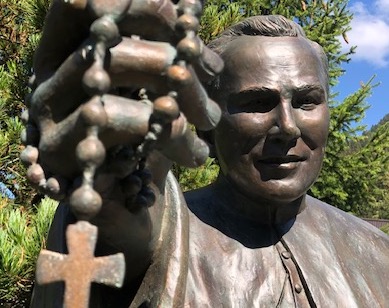 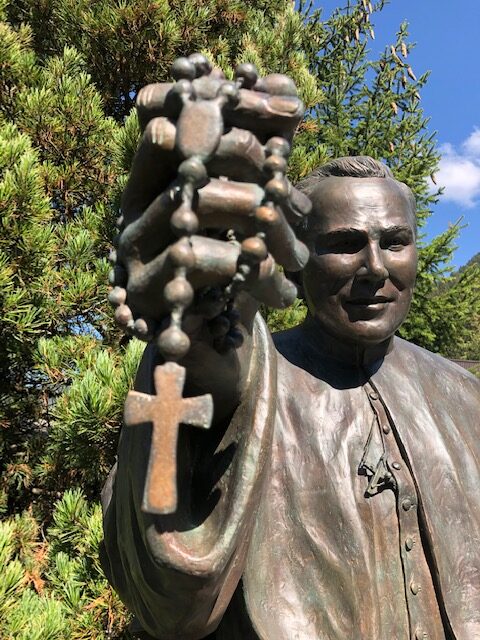 Father Peyton, who popularized the saying “the family that prays together stays together,” is a candidate for Sainthood and the subject of the recent documentary film Pray: The Story of Patrick Peyton. Peyton founded Holy Cross Family Ministries, which still carries on his mission to help families experience the unifying benefits of prayer.

“We are so pleased with this breathtaking statue, as an homage to our beloved founder, Father Patrick Peyton,” said Father Wilfred Raymond, President of Holy Cross Family Ministries. “This statue will honor the life of Father Peyton and inspire visitors at the Museum of Family Prayer.”

The statue, which stands more than 8 feet tall, was designed and sculpted by the artisans of Art Studio Demetz in Ortisei, Italy, then cast in bronze in Verona, Italy. The production of the statue was managed by Holy Cross Family Ministries and John Mazzolini of Mazzolini Artcraft. (More details and images available here.)

“We have had the privilege of creating sculptural works of art of many famous people,” said John Mazzolini. “This religious statue restoration Project was special to us as we came to learn about Father Peyton’s legacy and his impact on millions of people around the world. We think this statue is a testament to his life and will inspire many in the years to come.”

Father Peyton spent the 51 years of his priesthood serving the spiritual needs of families. His 40 Family Rosary Rallies drew a total of 28 million people, including 2 million each at events in Sao Paulo, Brazil and Manila, Philippines. Father Peyton’s mission continues today through 26 mission centers in 17 countries. Each mission center provides digital complimentary prayer resources on a variety of platforms for families as well as face-to-face events, including Rosary rallies, days of reflection, seminars, and other fun, faith-filled events.

“Father Patrick Peyton died on June 3, 1992, and his sainthood cause was opened almost a decade later in 2001,” according to National Catholic Register. “Pope Francis declared him to be Venerable on Dec. 18, 2017. In order for him to move on to the next stage of sainthood and be beatified, a new miracle must be identified and validated as being an instantaneous, complete and lasting cure with no effective medical intervention.” 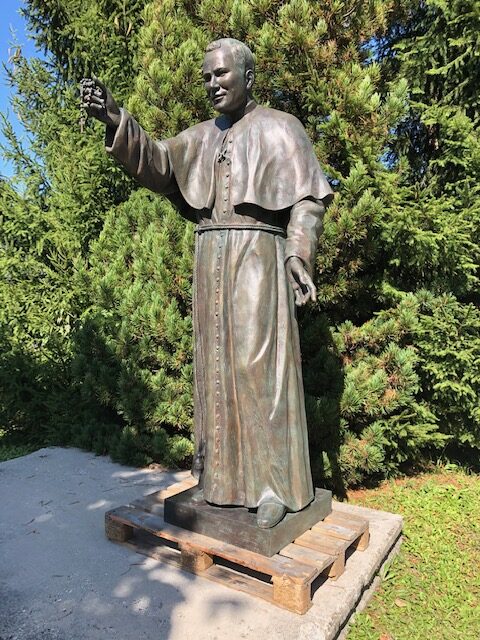