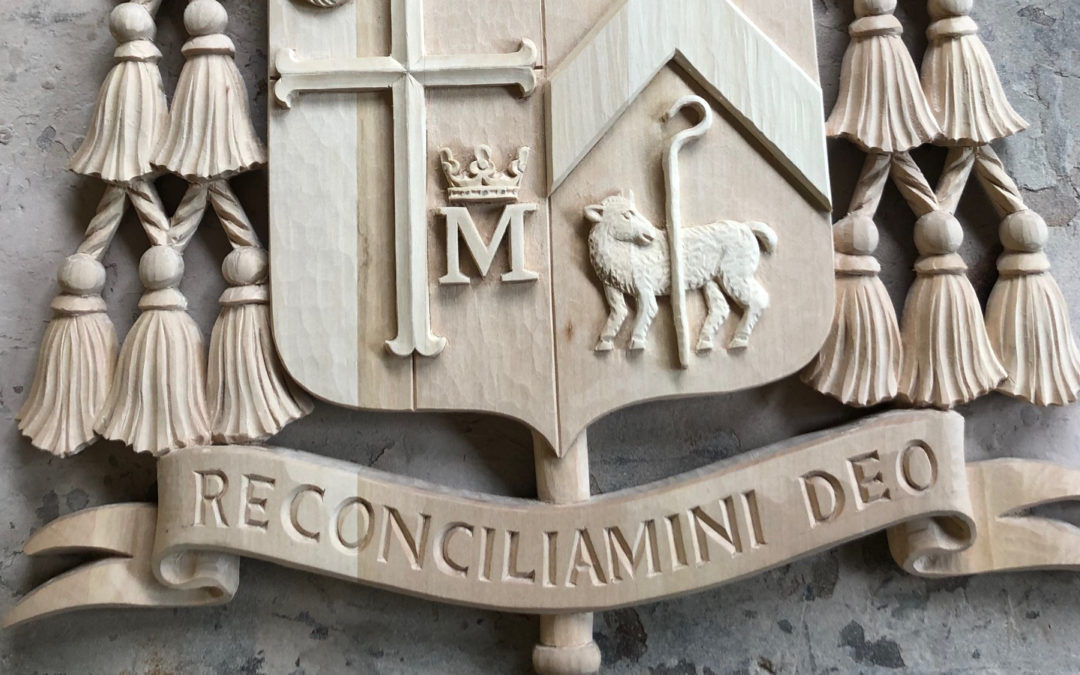 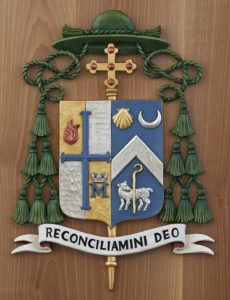 We worked with our partner Art Studio Demetz in Italy on this religious wood carving. It’s a represention of the coat of arms for Bishop James F. Checchio of the Diocese of Metuchen, New Jersey.

Ecclesiastical heraldry, as it’s known, began in medieval Europe “as a system for identifying people and dioceses. It is most formalized within the Catholic Church, where most bishops, including the Pope, have a personal coat of arms. Clergy in Anglican, Lutheran, Eastern Catholic and Eastern Orthodox churches follow similar customs, as do institutions such as schools and dioceses.”

“Every pope dating back to Innocent III has had his own heraldic coat of arms,” according to National Catholic Register. “Originally, heraldry was like a business card of sorts: it showed what side you were on—especially on the Continent. However, its origins are obscure and no one agrees on why, suddenly in the 12th century, everyone from academics to knights to royalty to popes collectively agreed to distinguish themselves by a bizarre combination of colors, patterns, insignia and agreed-upon shapes (most common: the chevron). Some trace it back to Islam, others to Scandinavia, and a third group of scholars center it in the Greco-Roman world.”

Certain elements of the design for a bishop’s coat of arms are traditional, such as a golden processional cross and green hat. Other symbols, as well as the colors and words, are chosen to reflect the bishop. Bishop Checchio’s design is explained on the diocese web site.

Demetz’s artisans carved the coat of arms by hand from linden wood imported from eastern Europe. Linden is not too hard, light in color and doesn’t crack as much as pine does when dried. 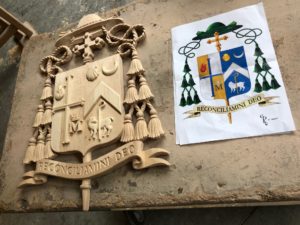