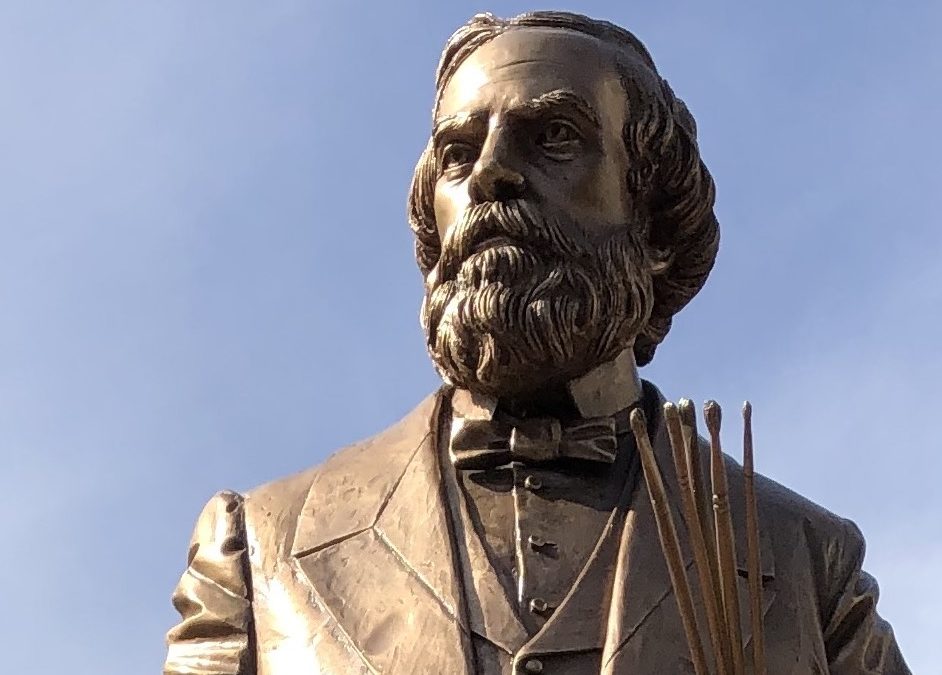 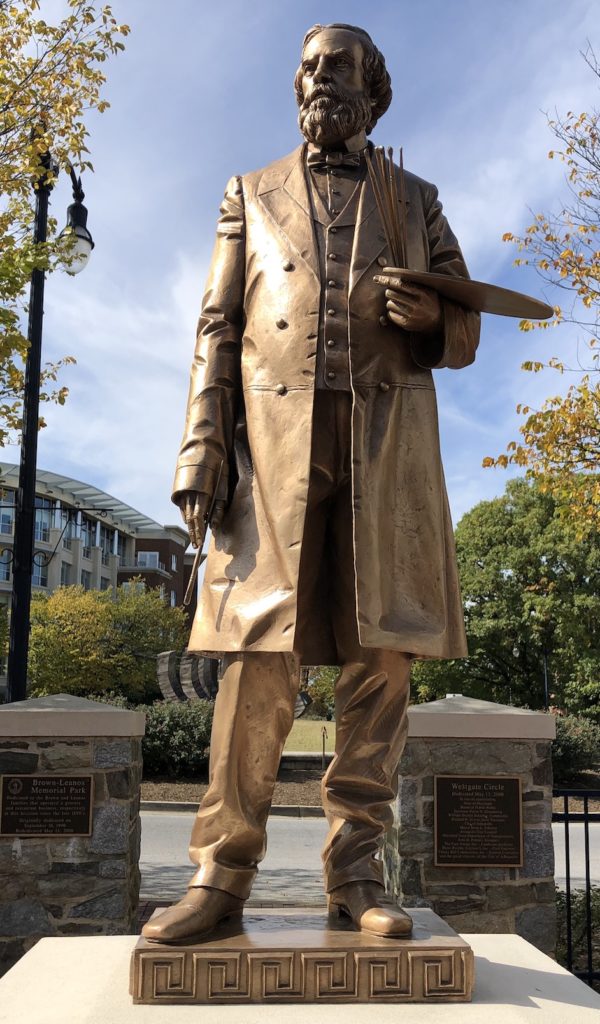 We worked with our partner Art Studio Demetz in Italy and with the Foundation of Hellenism in America on an original bronze statue of Constantino Brumidi, a Greek-Italian immigrant whose prodigious work as a painter earned him the nickname “Michaelangelo of America.” The Foundation, which commissioned the statue, donated it to the city of Annapolis, Maryland.

Brumidi is best known for the murals he painted in the U.S. Capitol, including Apotheosis of Washington in the Capitol Dome and the walls of the Brumidi Corridor, according to a city proclamation for the October 2019 dedication ceremony.

He was born in 1805 in Rome of Greek lineage. Beginning at age 13, he studied for 14 years at the Academy of St. Luke, where he was trained in a full range of painting mediums, including true fresco and sculpture. Brumidi arrived in New York in September 1852 as a political refugee. He undertook private portrait and domestic commissions as well as painting altarpieces and murals in numerous churches.

Granted U.S. citizenship in 1857, worked at the Capitol from the early 1860s and into the 1870s, painting murals, frescoes and friezes, becoming known as the “Michaelangelo of America.”

Brumidi worked in other cities as well. St. Stephen’s Church in Manhattan is home to 43 Brumidi murals, including a 22- by 44-feet mural of the Crucifixion, the largest of its kind in the United States. Stations of the Cross paintings he made for Our Saviour Church in Manhattan were restored in 2016. He also painted frescoes at Taylor’s Chapel in Baltimore, a historic home in Frederick and in the Cathedral-Basilica of Saints Peter and Paul in Philadelphia, according to the Annapolis Capital Gazette.

In 2012, Brumidi’s oil study (like a sketch) for Apotheosis of Washington went for more than $500,000 at an auction. The Smithsonian’s American Art Museum was the winning bidder.

Mazzolini Artcraft has worked with the Foundation of Hellenism in America on several statues of prominent Greeks and Greek Americans, including labor leader Louis Tikas and cancer research pioneer Dr. Georgios Papanikolaou. For information on commissioning a statue, contact John Mazzolini at 888-437-4499 or [email protected].