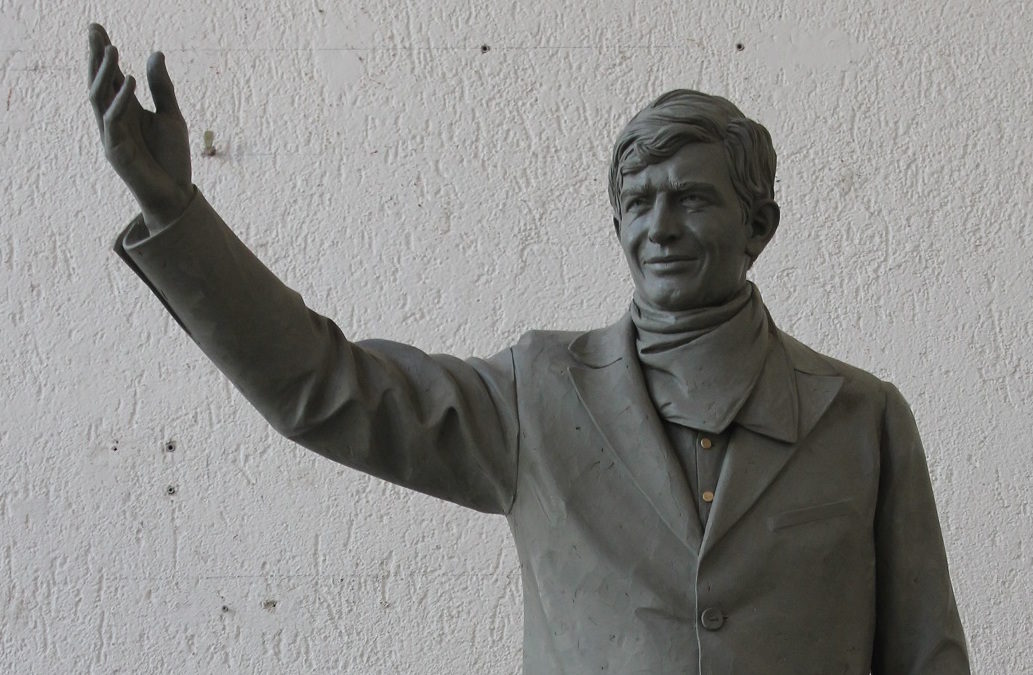 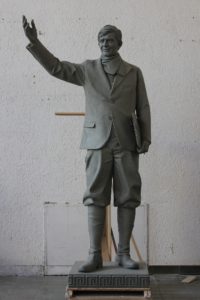 We are working with our partner Art Studio Demetz in Italy on a statue of Greek-American labor leader Louis Tikas, for the Foundation of Hellenism in America.
Born in Crete in 1886, Tikas emigrated to the U.S. early in the 20th century and settled in Colorado. In his short career as a fearless organizer for mine workers he was shot twice, the second time fatally, at what became known as the Ludlow Massacre. His work and the movement he started are the subject of the 2014 documentary Palikari.
The statue project is in the modeling stage. The full-size clay model in the photo at right and below was used to create a wax mold that will be used to make the finished bronze statue, using the ancient lost wax method, which is explained in this Demetz video (starting at 4:00).
Last year, we completed another project for the Foundation of Hellenism in American, an original bronze statue of Greek-American medical pioneer Dr. Georgios Papanikolaou. 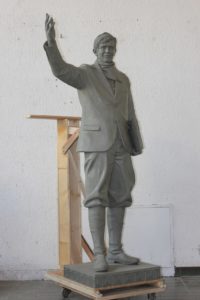 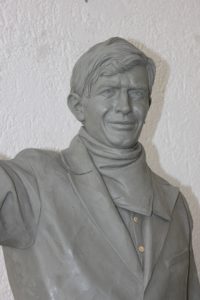 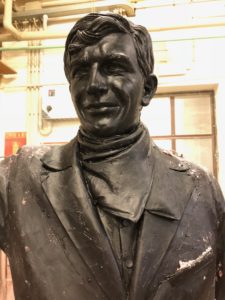 The wax model for casting