Home > Blog > Custom marble statue of Our Lady of Lourdes

Custom marble statue of Our Lady of Lourdes 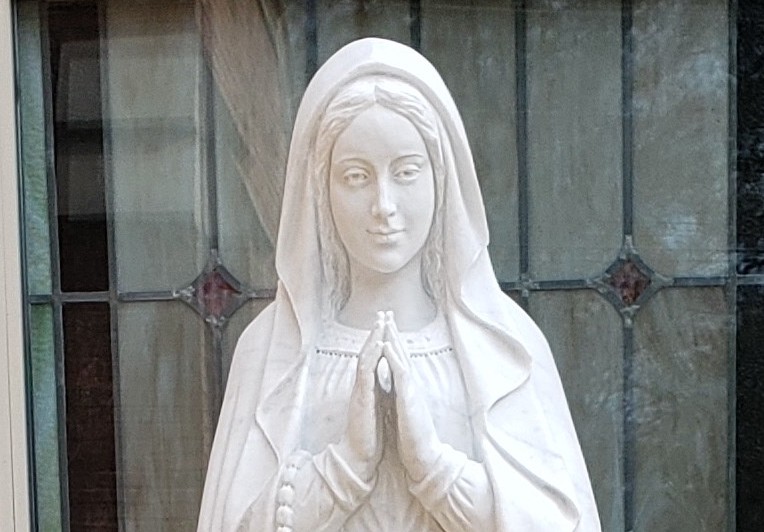 Marble is suitable for indoor or outdoor display.

We worked with our partner Art Studio Demetz in Italy on an original, five-foot-tall marble statue of Our Lady of Lourdes for St. Brigid Catholic Church in John’s Creek, Georgia.

Art Studio Demetz obtains marble from the quarries of Tuscany, one of which was used by Michelangelo. This type of marble is practically impervious to the elements. The carving tools used today have not changed much from Michelangelo’s time. First the rough stone is hammered with a pitching hammer, then sculpted with special pointing tools and files (see photo below).

“Between February 11 and July 16, 1858, the Blessed Virgin Mary appeared eighteen times to fourteen-year-old Bernadette Soubirous in [Lourdes,] located in the foothills of the Pyrenee mountains of southern France,” according to the International Marian Research Institute at the University of Dayton.

At the apparition of March 2, Bernadette was instructed by Our Lady to “tell the priests that people should come here in procession and that a chapel should be built on the site.” On the Feast of the Annunciation, March 25, the Blessed Virgin told Bernadette in the dialect of Lourdes, “I am the Immaculate Conception.” This dogma had been defined by Pope Pius IX just a few years earlier on December 8, 1854.

The Basilica at Lourdes was consecrated in 1876 and the faithful, countless in number, flock in pious pilgrimage to the holy grotto. It is there that their faith and devotion are aroused and they recommit themselves to conform their lives to the Christian message. There, as well, miraculous favors are granted and healings, both physical and spiritual, have taken place.

Mazzolini Artcraft offers a wide range of statues and other artworks depicting Mary, including the Assumption and the Fatima apparitions. For more information, contact John Mazzolini at 888-437-4499 or [email protected]. 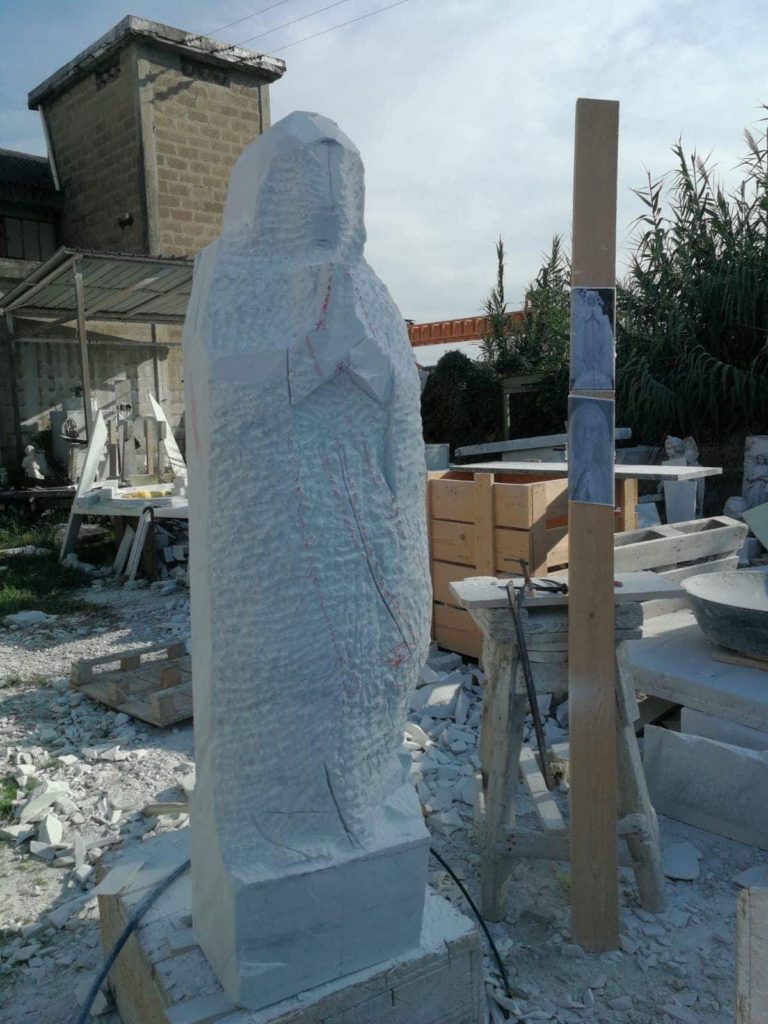 The early stage of the carving process. 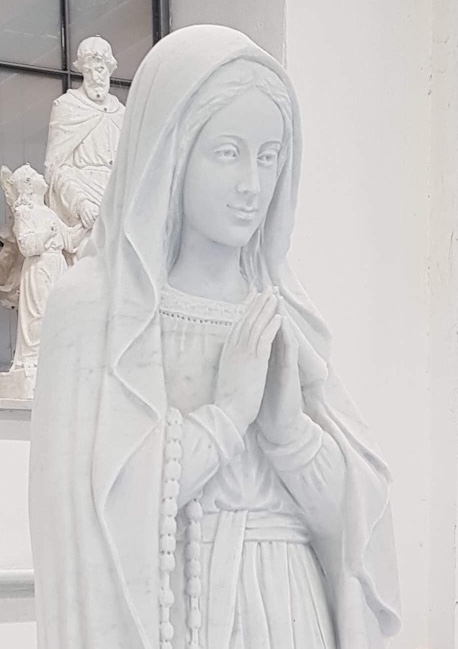