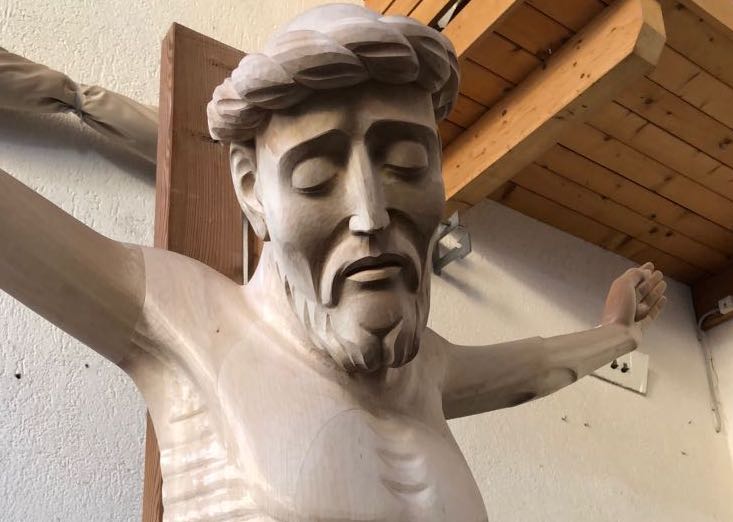 We worked with our partner Art Studio Demetz on a custom, carved wood Coesfeld cross for Notre Dame Academy in Park Hills, Kentucky.

The design is based loosely on the original Coesfeld cross, which was carved in the 14th century and today resides at the Church of St. Lambert in Coesfeld, Germany. The style is Gothic and goes by various names; forked cross is the most common. According to Wikipedia:

“It is believed that the forked cross represents a tree, or more precisely, the Tree of Knowledge, which brought sin into the world. However sin was defeated by the suffering of Jesus on the cross at Calvary.

“Typical of the mystic crucifixes is the body of Christ hanging on a Y-shaped tree fork with his head falling low over his chest, his mouth contorted with pain and his eyes full of tears. His narrow, sinewy arms stretch more upward than sideways, his thin body is strongly bent and deeply sunken below the breastbone, with prominently protruding ribs and a gaping wound in his side. Fingers and toes are spread apart and spasmodically bent. The overall impression of the painted figure was intended to be so horrific that believers would be in fear and terror. It is recorded that in 1306 the Bishop of London removed a mystic crucifix for this reason.”

Our version for Notre Dame Academy retains some of the graphic traits of the originals, like the clearly visible ribs and the wound in Christ’s side. It stands about 20 feet tall. 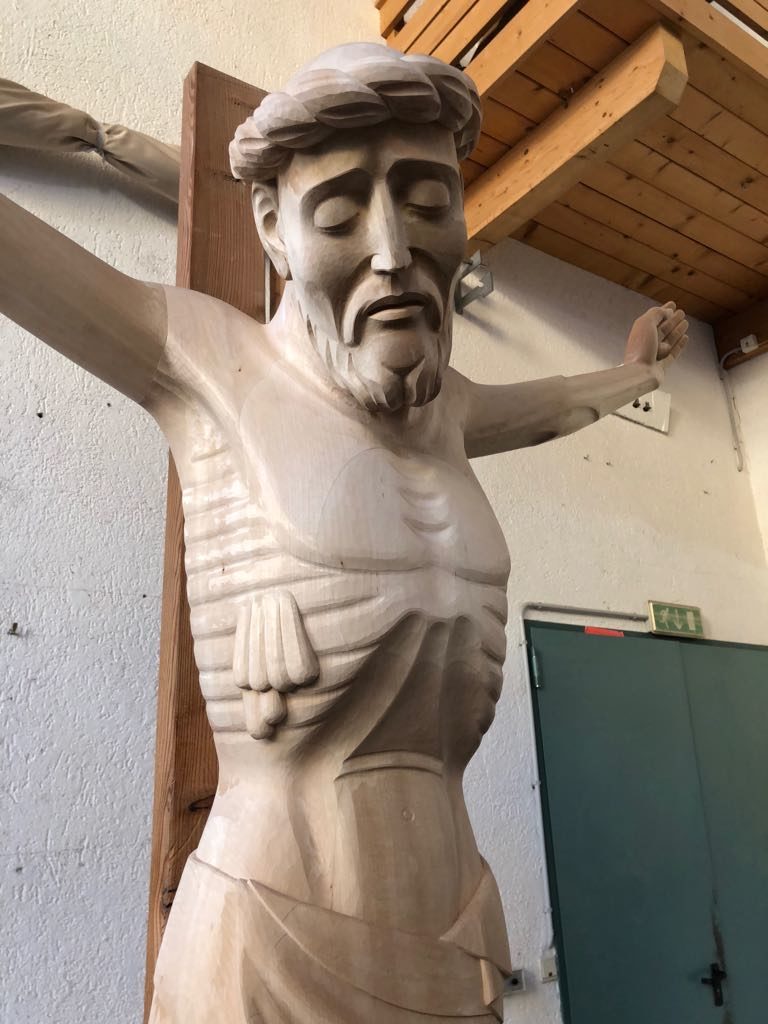 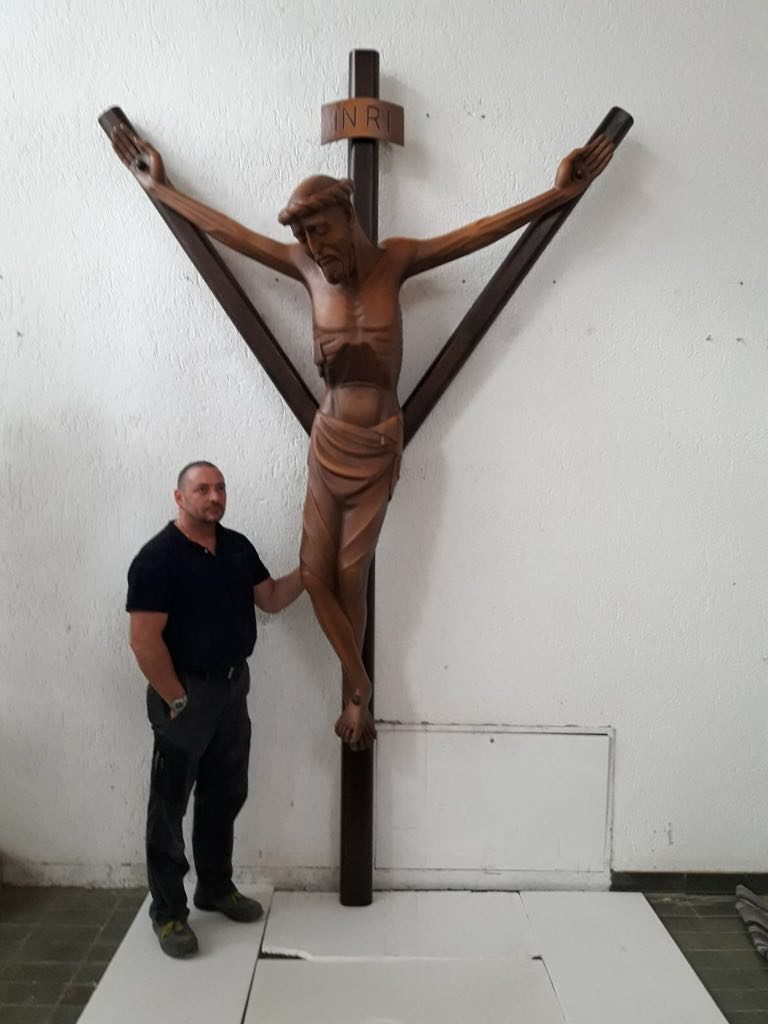