Home > Blog > “They helped us imagine what angels look like”: The role artists can play in the Church in dark times

“They helped us imagine what angels look like”: The role artists can play in the Church in dark times 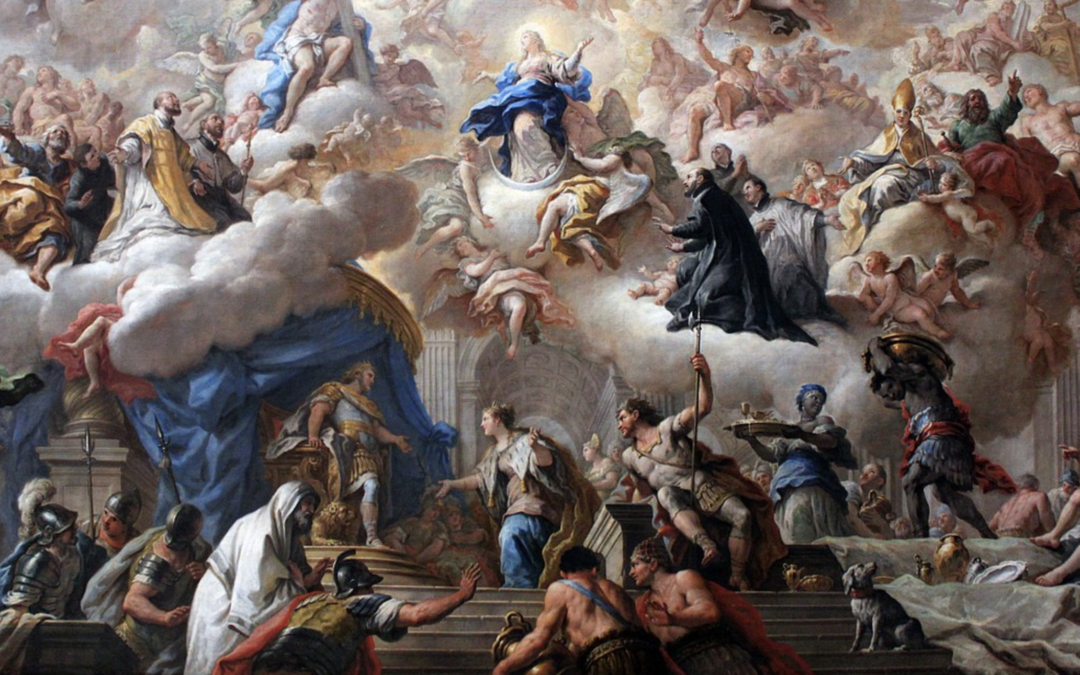 Loyola Marymount University, a Los Angeles-based Catholic university rooted in the Jesuit and Marymount traditions, is hosting an art exhibit on a surprising topic: the Church’s sex abuse scandal. Artist Tricia McKillen, a native of Belfast, Northern Ireland, told L.A. Magazine that the Church had always been her family’s sanctuary, their “solace in the middle of a war zone.” But then her 84-year-old mother stopped attending Mass, out of dismay over widespread reports of abuse and cover-ups. 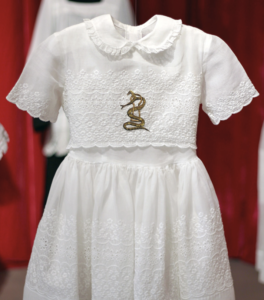 “I was just heartbroken,” McKillen said. “I thought to myself that if my mother is feeling that way—and she is the soul of the church—then the whole church must feel that way on a deep level. So I decided I had to do something, and then I had this idea for a glass confessional.”

The glass confessional — titled  “Forgive Me Child For I Have Sinned” — is just one element of Confess, McKillen’s exhibition, which also includes real Communion dresses and altar boy vestments embroidered with a symbol she created, a keyhole entwined by a snake.

This is not some rogue exhibit; the director of the gallery hosting McKillen’s work “took campus decision-makers to see the work, and everyone who encountered it agreed,” L.A. Magazine reports. “This is artwork that arises out of love for the church, not a desire to disparage it, and it is necessary and important to engage with its subject.”

In recent months we’ve encountered several articles describing the role of art in Catholicism, and specifically how art served as a beacon in dark times in the Church. For example, in an interview with Crux, art historian Elizabeth Lev, author of How Catholic Art Saved the Faith: The Triumph of Beauty and Truth in Counter-Reformation Art, explains the importance of art during the Reformation:

In the wake of Martin Luther’s famous theses, a flood of printed pamphlets overwhelmed people with conflicting information, polemical statements, and sometimes outright name-calling. While the Catholic Church excelled at scholastic tomes, literary click bait was not its forte, so it turned to art, where it had 1300 years of experience of communication through images. While the Protestants were debating to clast or not to clast with icons, the Catholic were sponsoring beautiful images that would draw people together, gazing in the same direction at artwork designed to point to the divine.

Instead of despairing of this ancient means of communication, the Church laid down guidelines and recruited art to participate in the front lines of re-evangelisation. Cardinal Gabriele Paleotti spearheaded the effort with his 1582 treatise The Discourse on Images, meant to help artists understand the difference between profane art – concerned with things of this world – and sacred art, pointing towards the eternal. Inviting artists to become “silent preachers” alongside theologians, Paleotti prescribed clarity, intelligibility and stimulus towards piety as the formula for powerful art. Faced with many choices in the aftermath of the Reformation, the faithful looked for direction and beauty became a means of persuasion.

Artists waded into the principal controversies of the day, reaffirming the reality of the sacraments, highlighting the need for intercession, and encouraging human cooperation in the divine work of salvation. … Artists fused their drive to produce visually appealing works with the need to communicate Catholic truth and came up with myriad solutions.

Artsy.net picks up the story from there:

The Counter-Reformation movement that lasted into the middle of the 17th century saw a resurgence of Catholic fervor throughout Europe, and its cultural manifestation was Baroque art.

“It was during this period that the nudes in the Sistine Chapel were critiqued and covered, but when the church also acted as a powerful patron, demanding the creation of images that emphasized Catholic doctrine,” said Oliphant. “So while the Protestant Reformation critiqued excesses of wealth and opulence in churches and art, in many ways, the Catholic Church replied by further emphasizing the richness and beauty of art.”

“Just at the point when nation-states were taking over the rights of taxation, were expropriating church properties, and capitalism was expanding rapidly throughout Europe, the Vatican again sort of doubled-down in its use of art to celebrate its power,” Oliphant said.

The article goes on to chronicle more of the Church’s waxing and waning efforts to engage with artists, including Vatican II’s call for “simplification” of art, and more modern reassessments of that decision.

What is the relevance to today? Journalist Menachem Wecker touched on this is an essay for National Catholic Reporter:

When Catholics today are deciding what place, if any, they want and crave in the church, and what the church will look like going forward, I think the church’s rich art history can help look beyond the individual offenders and take a wide-angle view of the faith more broadly. It’s easy to take for granted how much Catholic artists have given the world. They helped us imagine what angels look like; they were at the center of the development of the codex book; they constructed some of the most important architecture; and they helped us associate otherworldly encounters with a beam of sunlight shining down, spotlight-like, on a saint or indeed any person. They not only dreamt up what heaven looks like, with all of its splendor and glory surrounding Christ enthroned, but they also conceived of a hell, with all its weeping and gnashing of teeth. Good medieval Catholic paintings are so tight in their symbolism, where so many decisions about color and form animate so much meaning, that they are poetic.