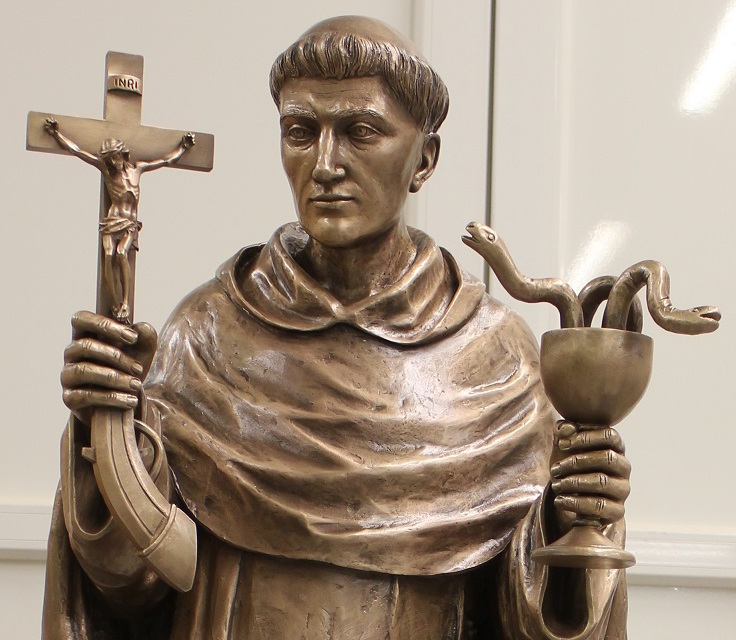 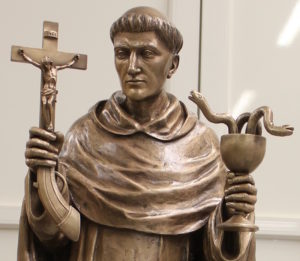 Mazzolini Artcraft worked with partner Art Studio Demetz of Ortisei, Italy, on an original statue of St. Louis Bertrand for St. Louis Bertrand Church in Louisville, Kentucky. Louis was a Spanish Dominican who became known as the “Apostle to the Americas” and the patron saint of novitiates.

Our design borrowed from Christian iconography, which often depicted Louis holding a crucifix with a gun handle at its base and a chalice full of snakes. These images represent instances when Louis was said to have escaped attempts on his life, by poisoning and by shooting. Legend has it that in both cases, Louis thwarted the attacks by making the sign of the cross.

For more information on original statues, contact John Mazzolini at [email protected] or 888-437-4499. 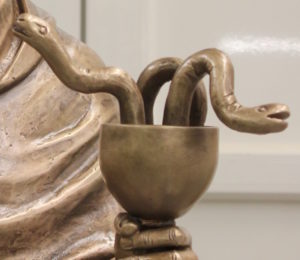 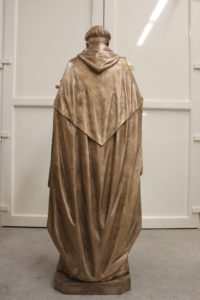 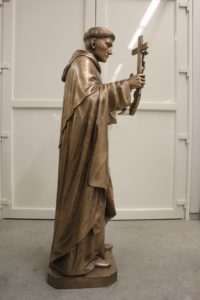 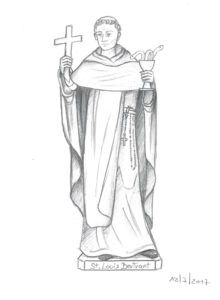 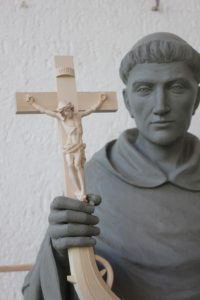 A close-up of the full-size clay model that preceeded the bronze casting.