Infant of Prague statues are important to Catholics in many nations 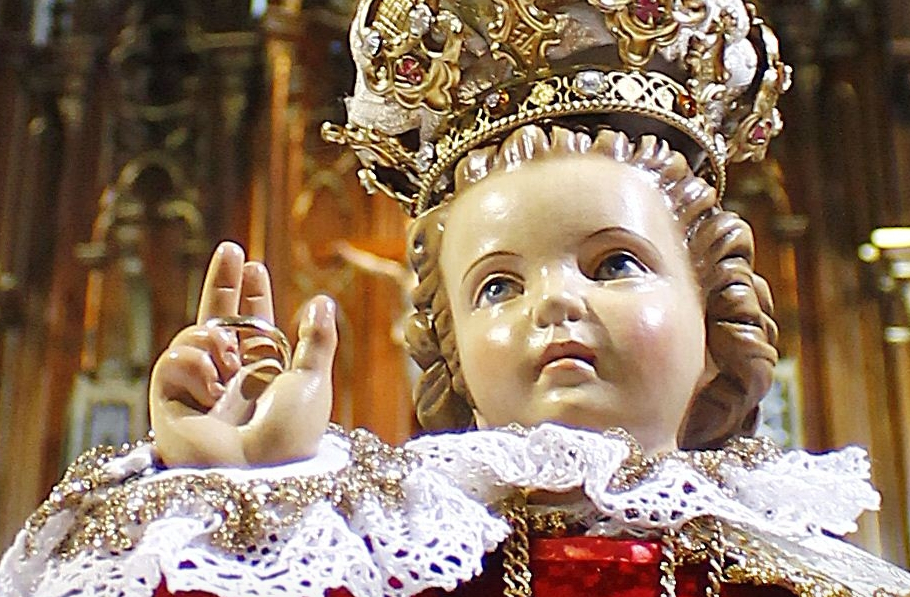 Many Catholics will recall growing up in or visiting homes with a small but lavishly dressed statue of a standing baby Jesus. The Infant of Prague, as this icon is known, has a long and fascinating history dating back to 14th century Spain; only many years later would the statue become associated with the city of Prague, now in the Czech Republic. That’s where, in the 1600s, an aristocrat presented one of her wedding gifts, a Holy Infant statue, to the Carmelite order, saying, “I am giving you what I most esteem of my possessions. Keep the sculpture in reference and you will be well off.” The statue has survived wars and other threats. A complete history is available at CatholicCulture.org. 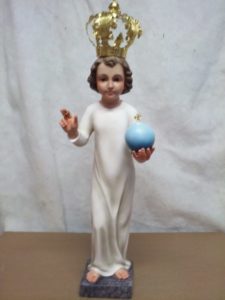 Some lay Catholics carry on the tradition of sewing dresses for their own statues. Sites like CatholicHomeAndGarden.com and Pinterest offer detailed instructions for a wide variety of vestments.

In Ireland, some brides — Protestants as well as Catholics — still place Infant of Prague statues in their gardens as a way of appealing for good weather on their wedding days. Legend has it that if the head of the statue snaps off during its overnight vigil, that’s good luck.

“Nowadays Irish people invested in their wedding day don’t like to take the chance that the infant’s head will fall off naturally, so customary and savage beheadings have become the norm,” according to a blog post on the web site of Weddings by KARA. “Improved statue quality and modern manufacturing quality control processes are to blame. Thankfully though it is in his nature to be forgiving and the infant does still seem to confer good weather to these zealous couples.” 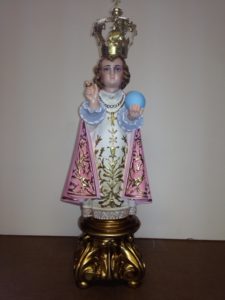 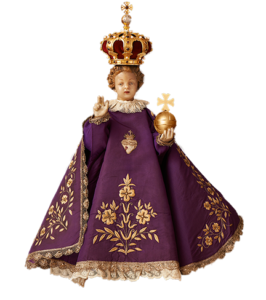 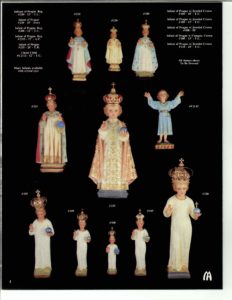