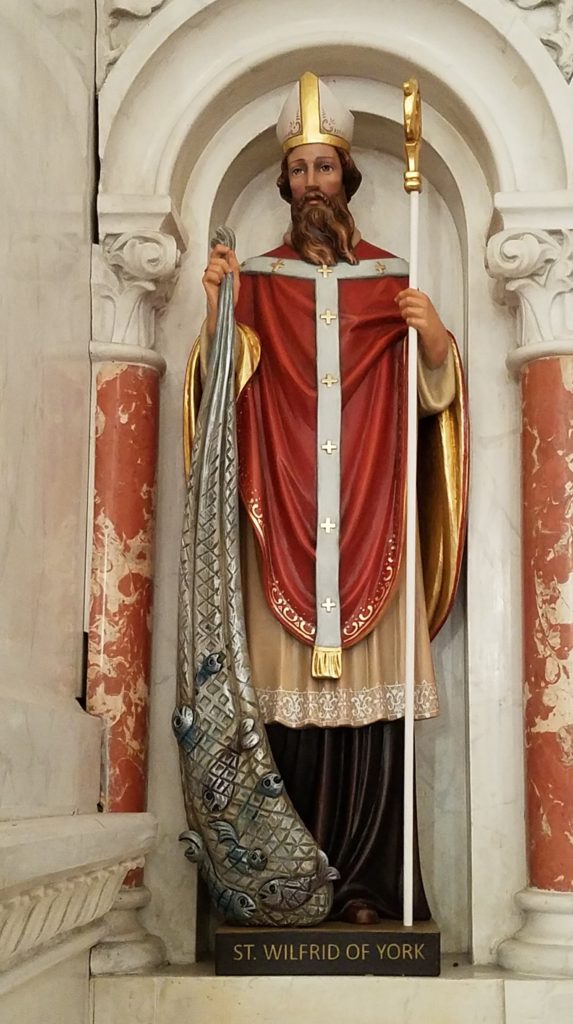 We worked with our partner Art Studio Demetz on a custom, carved-wood statue of St. Wilfrid of York, for a parish by the same name in Woonsocket, South Dakota.

Wilfrid (634-709) was “one of the greatest English saints, a monk and bishop who was outstanding in bringing about close relations between the Anglo-Saxon Church and the papacy,” according to Britannica.com. “He devoted his life to establishing the observances of the Roman Church over those of the Celtic Church and fought a stormy series of controversies on discipline and precedent.”

The statue was carved from Eastern European linden wood using old-world methods, and stands 24 inches tall. The fishing net (see close-up image below) symbolizes a story from Wilfrid’s many travels.

According to [biographer] Bede, the men of South West Sussex and the Meon Valley were “ignorant of the name and faith of God”. Just before Wilfrid’s arrival there had been the most terrible famine and the distress was so acute that often “forty or fifty, being spent with want, would go together to some cliff, or to the seashore, and there, hand-in-hand, miserably perish by the fall or be swallowed by the waves.”

Although there were fish enough to eat in the rivers and sea, the poor country folk did not know how to catch them and could only fish for eels. Wilfrid borrowed these nets and, casting them into the sea, “by the blessing of God immediately took three hundred fishes of different kinds, which they divided into three parts, giving a hundred to the poor, a hundred to those who had lent them the nets and keeping a hundred for their own use. By this act of kindness the Bishop gained the affections of them all …”

More information about wood and other types of statues is available in our Guide for Church Restoration/Renovation Committees, which is available free if you join our email list. 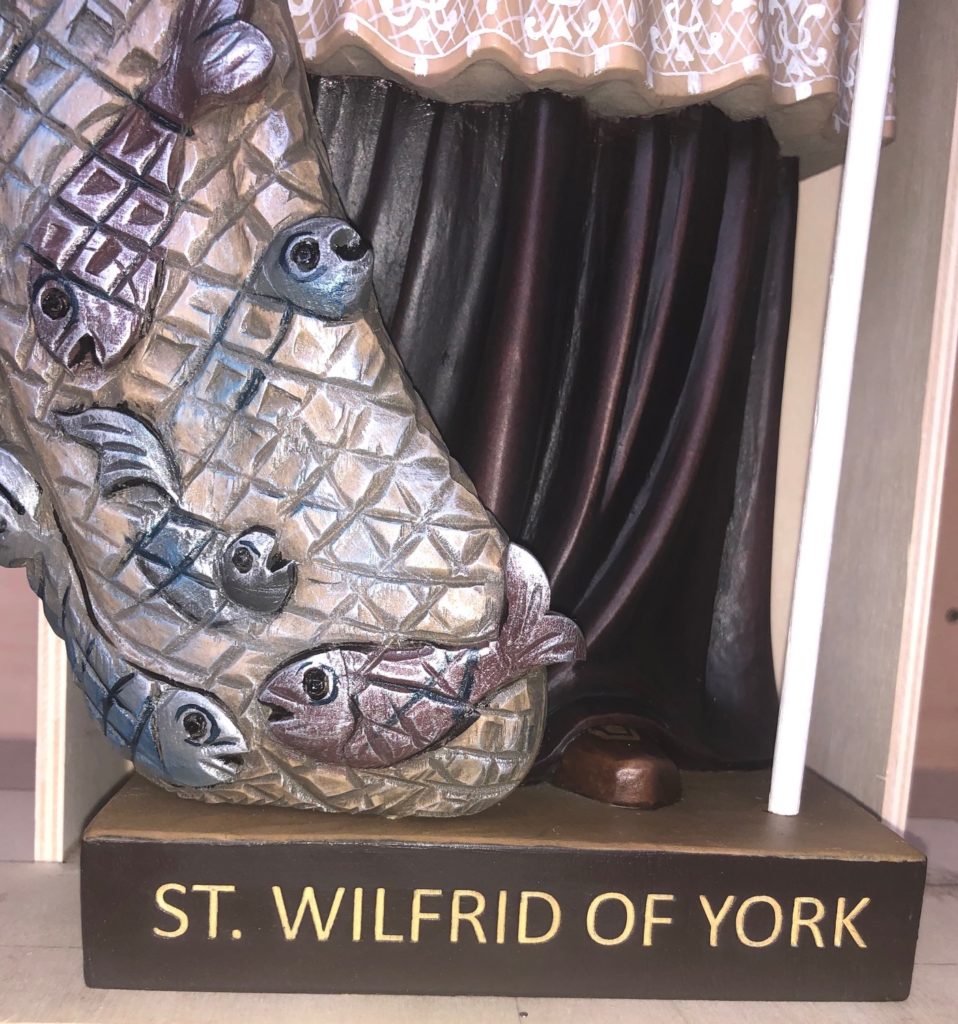