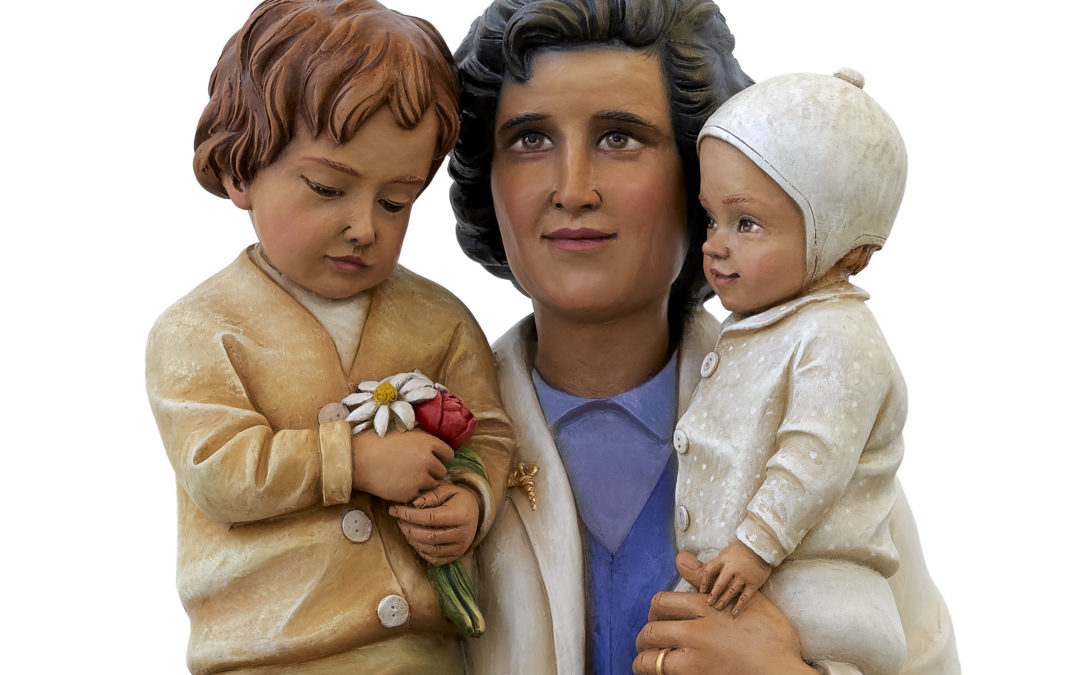 Every May, St. Catherine of Siena Church in Manhattan hosts a St. Gianna Mass for couples struggling with infertility and miscarriages. The name of the event refers to Gianna Beretta Molla,

an Italian pediatrician, [who] was pregnant with her fourth child when she was diagnosed with a uterine tumor in 1961. Offered the options of abortion, hysterectomy or removing the tumor, she chose removing the tumor to continue the pregnancy, knowing the choice could result in her own death. She died of an infection a week after the birth of Gianna Emanuela in April 1962.

Beretta Molla was beatified on Mother’s Day 1994, the International Year of the Family. Pope John Paul II said, “A woman of exceptional love, an outstanding wife and mother, she gave witness in her daily life to the demanding values of the Gospel. By holding up this woman as an exemplar of Christian perfection, we would like to extol all those high-spirited mothers of families who give themselves completely to their family, who suffer in giving birth, who are prepared for every labor and every kind of sacrifice, so that the best they have can be given to others.”

Pope John Paul II canonized St. Gianna in 2004. She is widely considered the patron of mothers, physicians and unborn children, and her name appears on various medical centers dedicated to reproductive health.

In 2011, the now-grown daughter whose life Gianna refused to risk revealed portions of a biography that her father had written for her and her siblings, after their mother died. He wrote: “Your mother’s beliefs and basic ideas on life were, with no doubts, embraced with complete coherence and clarity, entirely lived as the result of her profound Christian formation, reflecting her genuine aspiration to live the Gospel, the fruit of her profound vocational and moral training.”

Mazzolini Artcraft now has 4-foot-tall fiberglass resin statues of St. Gianna, in various finishes, suitable for indoor or outdoor use. For more information, contact John Mazzolini at 888-437-4499 or [email protected]. 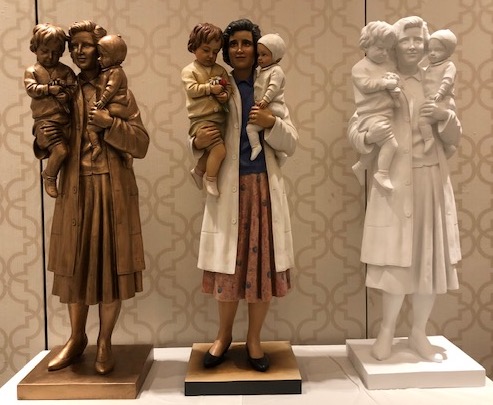